Passing down the tradition of carving 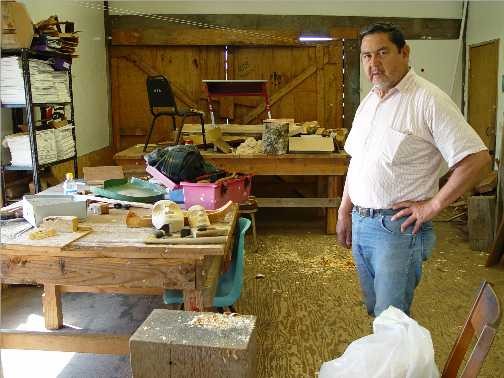 Chris Morganroth, III, currently a member of the Quileute Tribal Council, often teaches carving at the carving shop on the Reservation.

“Sustainable resources” is not a new concept. Tribes of the Pacific Northwest have always practiced resource management for the benefit of the “seventh generation.” Harvesting what is needed for a “moderate living” (in the words of the federal courts), and harvesting so enough is left for the future generations, are tribal ways of existence. When conservation becomes necessary, it is generally because sustainable practices have been ignored—when careless development or excess harvest changes the balance.

While the Quileute Tribe has a staff of specialists in several aspects of natural resources and an elected body of policy personnel (Quileute Natural Resources Committee), nothing replaces the knowledge that resides in the tribal elders. This tribe is fortunate in having had the services of several anthropologists to document elder lore, after numerous interviews over decades of time. In many cases, their efforts have been published. In other cases, their recollections are preserved in court exhibits, as with the famous Boldt decision of 1974. In still other cases, the unpublished documents and videotapes reside in our tribal “archives” for researchers when needed. Of course, many of the best memories are still locked in the heads of tribal elders. It is always a valuable experience to engage them in conversations. 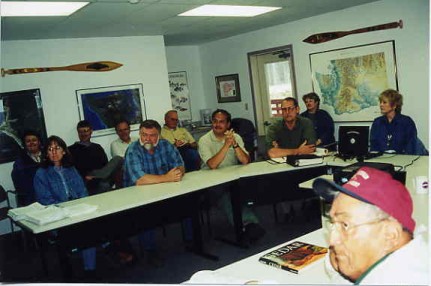 Chris Penn, Jr. (right, in ballcap, foreground), who was a witness in the famous Boldt fishing case of 1974, advises the Quileute and visiting US Forest Service staff on traditional use of plants, including cedar

Tribal youth are taken on fishing trips, hunting expeditions, and gathering expeditions at early ages, so that they can learn the right way to harvest the natural resources of the ocean, rivers, and land. The Quileute Tribal School assists in leading programs on gathering traditional plants. Reading can only do so much. The youth must have the benefit of interaction and field training.

Tribal fishing is often a family affair, so that knowledge of fishing grounds, complex gear, and regulations can be passed down. 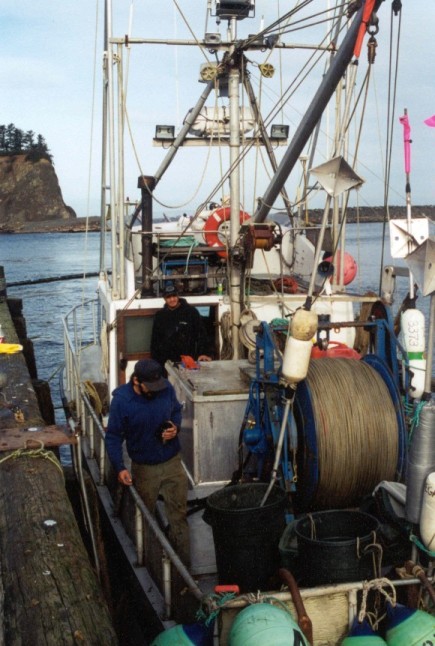 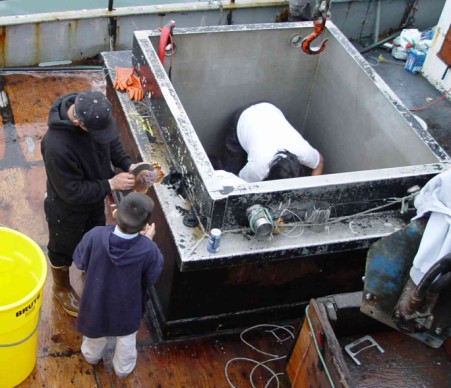 Correctly harvesting cedar bark and making it into baskets are both arts that are passed from one generation to another. 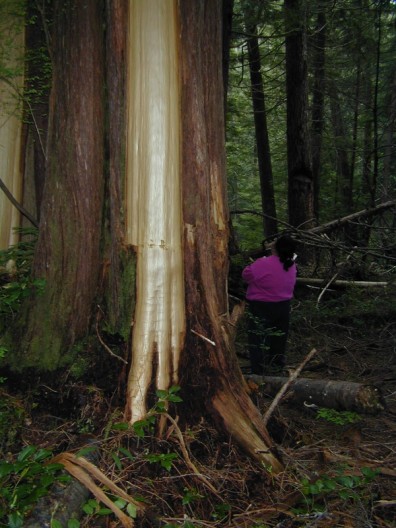